Starting April 1st, 2021, Google will no longer allow any websites and apps to place Google ads, if their main language is not one of the supported languages listed by Google.

Under the Google Ad Manager and Ad Exchange program policies, Google publishes a list of languages which Google publisher products support. For a long while, the primary language of the website needed to be one the supported languages, in order for a website to get approved. However, this policy did not effectively limit AdSense ads from appearing on websites in other languages.

In a policy update published on September 30th, 2020, on http://tenkeyremodels.com, Google officially announced that the updated policy prohibits the monetization of websites and apps that are not in one of the listed languages.

The following languages are supported by Google Ads and AdSense:

This list of Google supported languages may be updated from time to time and it can be found under Google Support here. 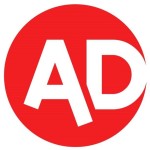 Is your website ready for the Core Web Vitals release coming up?